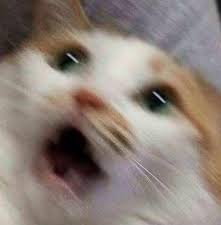 Sometimes, moving your project from .NET Framework to .NET Core can be super easy, and sometimes it can be a daunting task. There’s several factors that can complicate matters:

We’re going through the motions of porting our main software product to .NET Core in my current organization at the moment and figured I’ll share a few tips based on our learnings so far.

To set the scene, we develop a .NET based case and document management solution that is used by local, regional and national governments and organizations in the nordics. It’s developed on .NET Framework, has 20 years of legacy, and ticks all the boxes above. We’re porting it to .NET Core for cross-platform hosting, future proofness and performance. One of the goasl is to run our software on Linux containers on Kubernetes, instead of having to rely on Windows-based containers, which has its issues.

Now… let’s take this one point at a time. Note that you won’t see a package version on the package references. Feel free to add that as you see fit. We use centralized package versions: https://github.com/microsoft/MSBuildSdks/tree/master/src/CentralPackageVersions

You may have a monolithic application that is hard to port all at once. You may need to maintain it and release new functionality while you are doing the work on porting it, and porting it may be complex and take a long time itself.

What we’ve done here is:

Porting ASP.NET code to ASP.NET Core while staying compatible with both .NET Framework and Core

ASP.NET and ASP.NET Core is quite different. It’s a different way of initializing the application, different classes that area used for controllers, no more HTTP modules, and the list goes on. Therefore, when porting ASP.NET code, what we decided was to split our ASP.NET project into three projects:

The first two projects is fairly straight forward. However, the common project needs some thought, because ASP.NET Core controllers are a completely different type from the ASP.NET controllers. Thankfully, there’s a neat package: Microsoft.AspNetCore.Mvc.WebApiCompatShim. This allows you to re-use the typenames for ASP.NET controllers, and act as an adapter between ASP.NET Core & ASP.NET and your controller definitions. So here’s some steps you can take for this project:

As for HTTP modules, which is .NET Framework specific, these should be implemented as ASP.NET Core middleware. This is described elsewhere: https://docs.microsoft.com/en-us/aspnet/core/migration/http-modules?view=aspnetcore-3.1

Other than this, there should not be a lot of changes needed, apart from general porting of code.

I won’t write a lot here because I’m not an authority when it comes to WF and WCF. However, I want to highlight two Nuget packages that can be used to ease the transition to .NET Core:

Both of these are available in the public nuget feed. Kudos to the authors of these packages for significantly easing the transition of legacy WF and WCF code.

That’s it for now! You can reach me on Twitter if you have any comments or feedback.